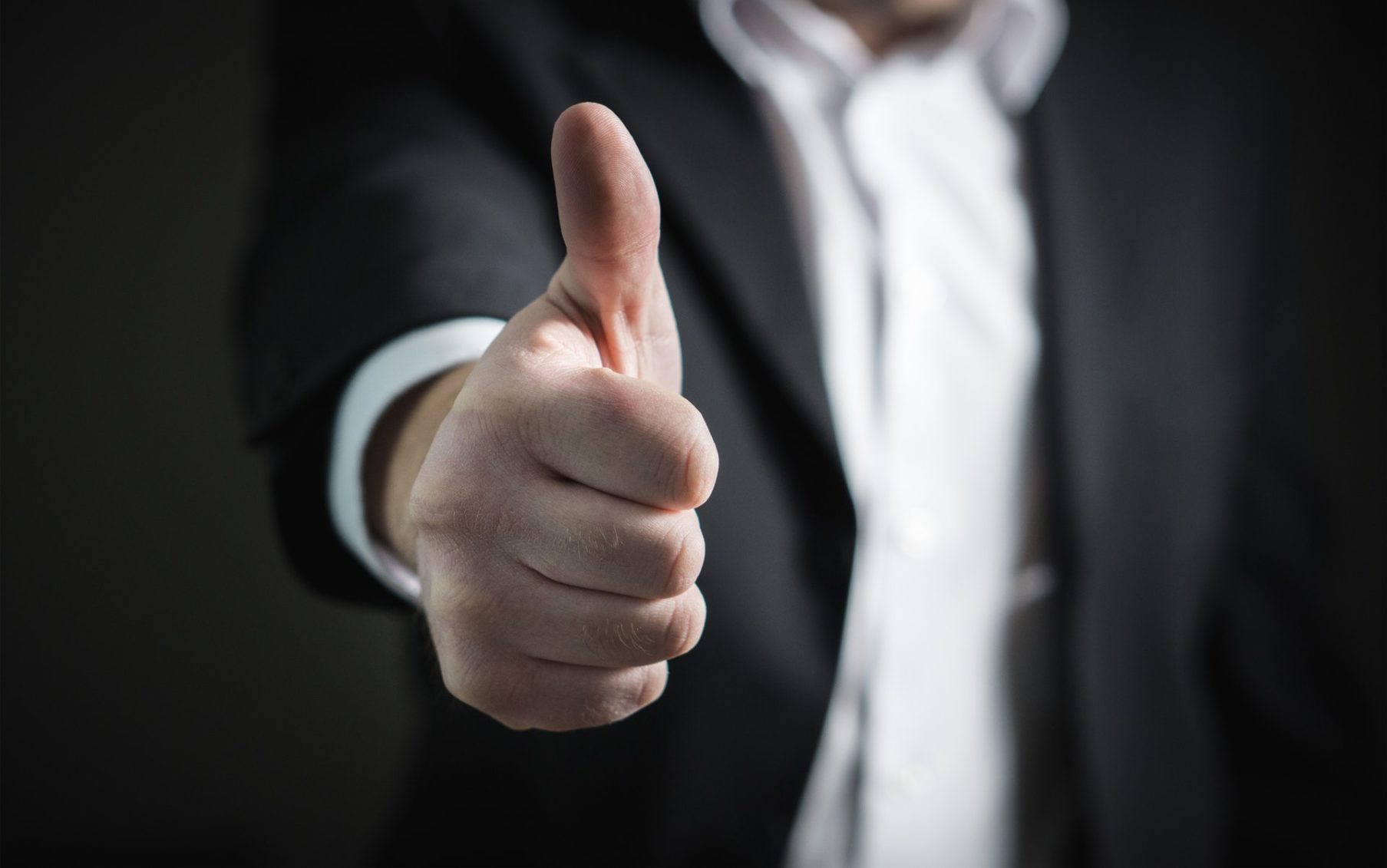 As the battle continues for both the Senate and the House to settle on the proposed Tax Reform legislation, our team has provided tips for year-end tax-planning that both individuals and businesses should consider.

In spite of the uncertainty for when tax reform will be settled, the best year-end tax planning strategy for many taxpayers will be to follow the time-honored approach of deferring income and accelerating deductions to minimize 2017 taxes. This approach may turn out to be even more valuable if Congress succeeds in enacting tax reform that reduces tax rates beginning next year in exchange for slimmed-down deductions.

A taxpayer should consider postponing income until 2018 and accelerating deductions into 2017
to lower his or her 2017 tax bill. This strategy may be especially valuable if Congress succeeds
in lowering tax rates next year in exchange for slimmed-down deductions. Regardless of what
happens in Congress, this strategy could enable an individual to claim larger deductions, credits
and other tax breaks for 2017 that are phased out over varying levels of AGI. These include child
tax credits, higher education tax credits and deductions for student loan interest. Postponing
income also is desirable for those taxpayers who anticipate being in a lower tax bracket next
year due to changed financial circumstances. Note, however, that in some cases, it may pay to
actually accelerate income into 2017.

A taxpayer should consider whether he or she would benefit from realizing losses on stock while
substantially preserving his or her investment position. There are several ways this can be done,
for example, by selling the original holding then buying back the same securities at least 31 days
later.

A taxpayer may want to consider using a credit card to pay deductible expenses before the end
of the year. Doing so would increase his or her 2017 deductions even if the credit card bill isn’t
paid until after the end of the year.

A taxpayer should estimate the effect of any year-end planning moves on the AMT for 2017,
keeping in mind that many tax breaks allowed for purposes of calculating regular taxes
are disallowed for AMT purposes. These include the deduction for state property taxes on a
taxpayer’s residence, state income taxes, miscellaneous itemized deductions and personal
exemption deductions. If a taxpayer is subject to the AMT for 2017 or suspects he or she might
be, these types of deductions should not be accelerated.

If a taxpayer becomes eligible in December of 2017 to make health savings account (HSA)
contributions, he or she can make a full year’s worth of deductible HSA contributions for 2017.

Businesses should consider making expenditures that qualify for the business property
expensing option. For tax years beginning in 2017, the expensing limit is $510,000 and the
investment ceiling limit is $2,030,000. Expensing is generally available for most depreciable
property (other than buildings), off-the-shelf computer software, air conditioning and heating
units and qualified real property — qualified leasehold improvement property, qualified
restaurant property and qualified retail improvement property. The generous dollar ceilings
that apply this year mean that many small and medium sized businesses that make timely
purchases will be able to currently deduct most if not all their outlays for machinery and
equipment. What’s more, the expensing deduction is not prorated for the time that the asset
is in service during the year. The fact that the expensing deduction may be claimed in full (if
the business is otherwise eligible to take it) regardless of how long the property is held during
the year can be a potent tool for year-end tax planning. Thus, property acquired and placed
in service in the last days of 2017, rather than at the beginning of 2018, can result in a full
expensing deduction for 2017.

Businesses also should consider making buying property that qualifies for the 50% bonus first
year depreciation if bought and placed in service this year (the bonus percentage declines to
40% next year). The bonus depreciation deduction is permitted without any proration based on
the length of time that an asset is in service during the tax year. As a result, the 50% first-year.

Businesses contemplating large equipment purchases also should keep a close eye on the tax
reform plan being considered by Congress. One current proposal contemplates immediate
expensing — with no set dollar limit — of all depreciable asset (other than building) investments
made after Sept. 27, 2017, for a period of at least five years. This would be a major incentive for
some businesses to make large purchases of equipment in late 2017.

A corporation should consider deferring income until 2018 if it will be in a higher bracket this
year than next. This could certainly be the case if Congress succeeds in dramatically reducing
the corporate tax rate, beginning next year.

If a business qualifies for the domestic production activities deduction (DPAD) for its 2017 tax
year, consider whether the 50%-of-W-2 wages limitation on that deduction applies. If it does,
consider ways to increase 2017 W-2 income, e.g. — by bonuses to owner-shareholders whose
compensation is allocable to domestic production gross receipts. Note that the limitation
applies to amounts paid with respect to employment in calendar year 2017, even if the business
has a fiscal year. Keep in mind that the DPAD wouldn’t be available next year under the tax
reform plan currently before Congress.

If you ask Mark Horst, CPA, about his job at Rackers and Fernandez, his first response isn’t about the many years of experience he brings to the table, tax consulting, review, compliance, quality control, financial reporting, or even making sense of highly complicated tax situations. While all of those things are incredibly important and true of Mark’s skill, his first response will always revolve around helping people – supporting them to understand difficult tax and financial concepts, saving them money through effective tax planning, and seeing the happiness that results from this service. His expertise lies in serving small businesses, individuals, and providing consulting services. Prior to joining Rackers and Fernandez, Mark served as a partner and senior accountant at other St. Louis area CPA firms. He earned a BS in accounting from Lindenwood University and is a member of the American Institute of Certified Public Accountants, the Missouri Society of Certified Public Accountants, and a former member of BNI. He has also served as treasurer for Friends of the Wentzville Parks. In his spare time, Mark lives an active life in which he enjoys running, riding bikes, playing sports with his kids, golf, tennis, camping, Cardinal Baseball, home improvement projects, and rocking out to U2, Maroon 5, and Classic Rock.

As a practicing CPA and partner in Rackers & Fernandez, LLC since 1996, Sergio’s experience extends to all areas of tax planning, research, strategic planning, and compliance for closely held corporations, partnerships, and individuals. He works closely with business owners in connection with their personal and business planning, and holds specialized knowledge of the real estate, automobile dealership, and construction industries. Sergio is also well versed in tax compliance and implementation of accounting software systems and performance measurement services.

Sergio is a member of multiple professional associations, including the American Institute of Certified Public Accountants and the Missouri Society of Certified Public Accountants. He is a firm representative in Driving Force, Rackers & Fernandez’s national association of professional CPA firms, and is a board member for several businesses in the St. Louis and St. Charles county area. He earned a bachelor’s degree in accountancy from Maryville University in St. Louis and is involved in several community organizations, including the following:

Sergio has also received a number of honors and accolades throughout his career. Most recently, he received a 2016 Beyond the Best in Business Award from Streetscape Magazine which honors local leaders for their impact and positive change in the community. Sergio was also named to St. Charles Business Magazine’s 40 Under 40, Class of 2008-2009.
Sergio enjoys spending time with his wife, four daughters and son. He is actively involved in his Church and enjoys playing golf and participating in triathlons—including completing two Ironman distance events.

Joining the firm in 2010, Larry serves as a Director of Tax, responsible for tax compliance, client and engagement management, staying up-to-date on tax developments, and planning opportunities. Larry brings more than 28 years of public accounting experience to Rackers & Fernandez with expertise in medical, attorney, and real estate niche markets; high net worth taxpayers; and multi-state tax issues. Larry earned a BS in accounting from Sacred Heart University and was a National Honor Society member. He is a former board member with Cancer Care of Connecticut and Monroe Soccer Club. In his off time, he enjoys baseball, golf, travel, movies, and obedience training and showing of dogs.